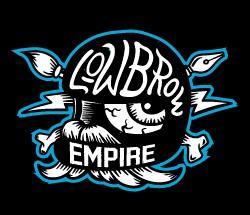 Today I’m going to take a look at one my favorite lowbrow artists. His name is Karl Kaufmann, and I’ve been following him for a while and enjoying his work. His work is very characteristic, in terms of everything, like this one, everything is kind of glowing, and there’s details all over the place. It really has that super cool, weird, funny kind of provoking vibe that I think is very significant for a lot of lowbrow art. I’m going to show you a few things that I really like about his stuff. He’s also a tattoo artist, and I think that really shows in his work because, in tattooing, it’s very important to have a contrast, because that’s how you actually get stuff to stick on the skin, but also to get stuff to be recognizable and actually, people can interpret what it is from a difference and stuff like that.

If we zoom in a little bit, and if you notice, he has some power lines around here and all the different elements is lined. But if you look at kind of the space … let’s just look at this kind of the cheek part here, on the outside of the mouth. As you can see, there’s a little bit of a dark down here and there’s always kind of like a light shading here in the middle. Let me pick another color, just show’s you that it’s in here. It has kind of highlights in the middle so that everything kind of looks like if you take a cross-section, the light source is hitting here, so this is the lightest point. And try to see if we can visualize it. Now, the lightest point is here and then it gets darker around the edges. The next element in the design has the same. It’s dark and then it goes light and then it goes dark again.

So let me just explain, again, what it is. As you can see here, it goes dark to where the black line is. Dark around here and then light in here. And that’s kind of a gradient and a little fade, a smooth area in between. You can see that works. He does that in almost every single element. Same here and around here. Obviously, the highlights, they change, depending on where his light source … on this guy is more or less coming from up here which is normal. That’s kind of the go-to light source for a lot of artists. When you look at the whole piece, it’s like everything is kind of a … it has a little bit of a glow to it because there is dark areas and light areas and the places like this one, where there’s a shadow here, because of the hand. Then, he has kind of a light area in the kind of the contour of where it would be dark in his shading.

So the two light areas doesn’t meet like this because that would wash out the black line. So his black lines are always very visible and all these little shades and gradings in each and every single little element. Just look at those teeth. Every tooth has all elements of shading. And another thing I like is his crazy, vibrant colors. Let’s see, obviously, he’s using a lot of colors. Maybe this base green is one of them. He also has some pink, not afraid to use pink. I like that. There’s definitely also some yellow. There’s some blue. Everything is so colorful and it’s so amazing. It’s so fucking awesome. I think, yeah, maybe we can pick it from here instead. And what else? Of course, there’s some red and there’s some purple.

so, as you can see, the colors are really super-saturated and he’s using all the colors in the color wheel, almost. It just makes … When you see it from a distance, of course you can see this is kind of like an interpret of everyone’s favorite character, kind of the rat fink character in a very cool way, I think. Obviously, you could see that you really notice the eyes but you also notice the green and then the sign and the hair and the ears are kind of standing out. But then you can also tell that, okay, this is full of little details that it’s fun to go into … take a longer look at the picture and kind of go into how you can see all his little tattoos here and there.

There’s a cigarette coming out and there’s a little fly here and he has the wallet chain and a skull belt buckle. The Band-aid, a scar. Check out the nails, completely wonky and funky and the feet are really nasty with scars and hairs and all kinds of blisters and stuff like that. Spiderweb tattoo on the elbows. All these little blisters and warts and whatnot around the whole place, and a lot of these kind of wrinkle lines. Another thing I really like is the hair is kind of just something that’s on the outline. He could’ve done the hair like this, like many people do, nothing wrong with that. But I think it’s cool that he found his kind of way of doing hair, where it’s just something that kind of sticks out off the outline.

Even something like this, the nail up here. It has this light glow around it. Other people, they might just be drawing the stick and then adding a nail to it like this. You can perfectly see that that’s a stick with a nail in it, but you have this right here, the two lines are crossing. So right at this point, there is kind of a blend thing going on, and to avoid any kind of confusion for the eyes, he just puts a line around the whole thing so that there’s no mistake that the stick and the nail is two different elements. It’s something that you really … He does it super well, and I think, as far as I know, he has more than 20 years experience and he’s probably developed this style over some years. I have to get him on the phone someday and talk to him. We talked a little bit on Facebook and stuff like that but it would be fun to really get an interview with him and hear about his background and stuff like that, how he developed his style.

But there is, when you do this thing, it’s a thing that is very common, especially if you’re doing this type of illustration on a black background. Let’s just do a quick little preview here. Let’s say you have a … This is a black background. I’m just going to turn it off for a second because I’m going to just draw, let’s say this is … We have a fly, here. Just a quick little stupid fly. And then we’re going to paint white inside the fly. Just going to do this eyeball later. There’s white inside, do the eyeball. That’s all cool-ish. It doesn’t really look like a fly but you know what I mean. And then when I turn on the black background, then all our outlines disappear and we can’t really tell what that is. All we see is the light colors.

The way that people often solve that is to make a white outline around the thing that they are … Some people just do it automatically in Photoshop, but you can also just draw it in. You make this outline around things so you can separate your stuff from the background. And then you kind of have your little fly and everybody can tell what it is if that even looked like a fly. But you can see that there’s an illustration there. So that was a little bit of … a little look on one of my favorite lowbrow artists. We’re going to put links in the description and everything so you can go and find his work and check him out on your own and maybe try to make something a little bit similar. And when you do, don’t forget to credit the artist when you are inspired by people’s work. So, thank you for watching and see you later. 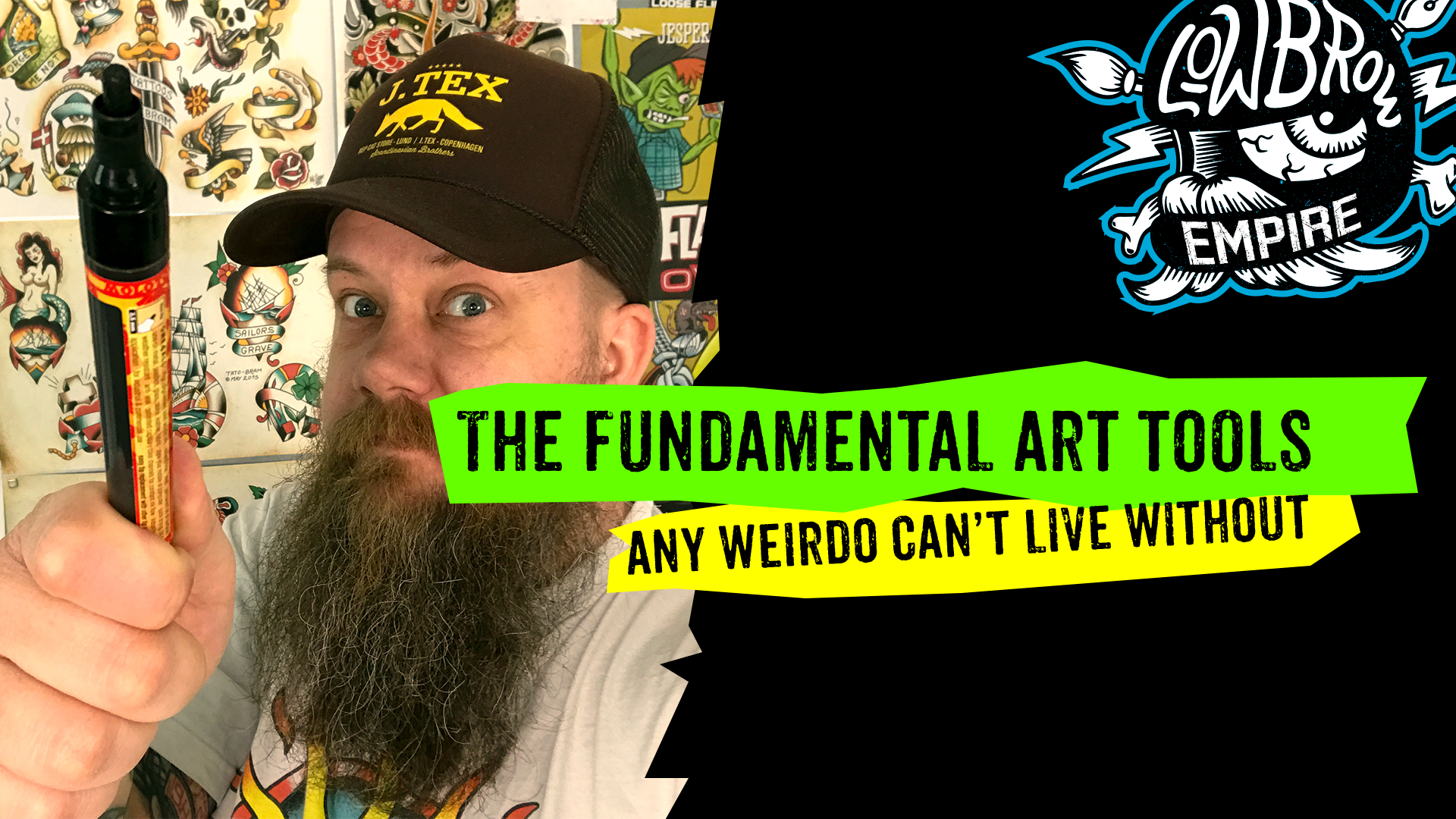 Get our guide for the tools that Lowbrow Empire uses.

We love to build community with monthly challenges, we will keep you in the loop.

We might send you some dirty tips and secret tricks, but we don't sell your information and try to not bug you!